This page demonstrates how the Joomla default components look with this template. For all of them we have activated all their features, so keep in mind that some of those features can be hidden if you don't want them.

On this page you will see all of the module styles available, including different menu module options and horizontal nav options.

All of the displayed styles are achieved using either a Module Class Suffix, a Menu Class Suffix, a combination of the two, or no suffixes at all.
Notes are provided under each module to display which suffixes have been used.

The module itself will gain styles based on the Module Class Suffix, which is added in the module's parameters as seen in the screenshot below: 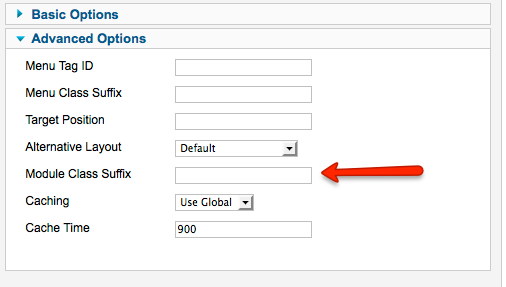 Menus can be styled with the use of a Menu Class Suffix added to the menu module's parameters as seen below: 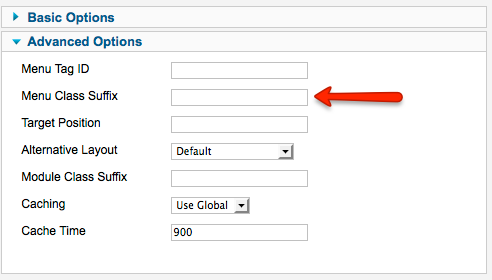 Menu and Module Class Suffixes must be proceeded by an empty space. If no space is left before the suffix you will not get the desired formatting results.

Also horizontal menus can be easily created in any position, by adding Menu and Module Class Suffixes to the menu module.

The following documentation provides a look at styles and example code for all of the available styles, as well as basic template setup documentation.

For help with setting up or using your template, please post in the Help Center or our Community Center (Forums) for assistance

Check out the documentation topics available for this template:

This page demonstrates the available module styles and positions available in this template.

Click on the following image to know Wright's module map in detail. 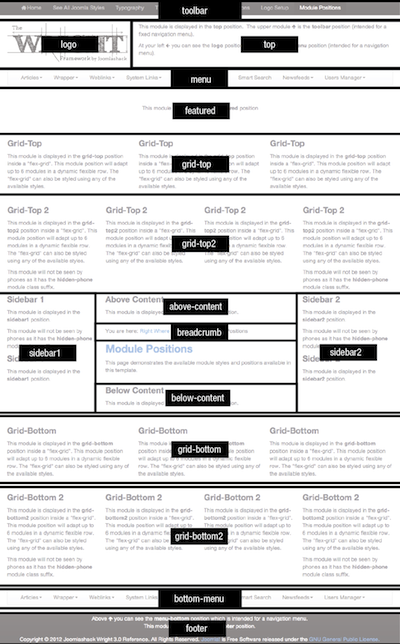